“In The News” Recap: Could Both Sides Win the Trade War? 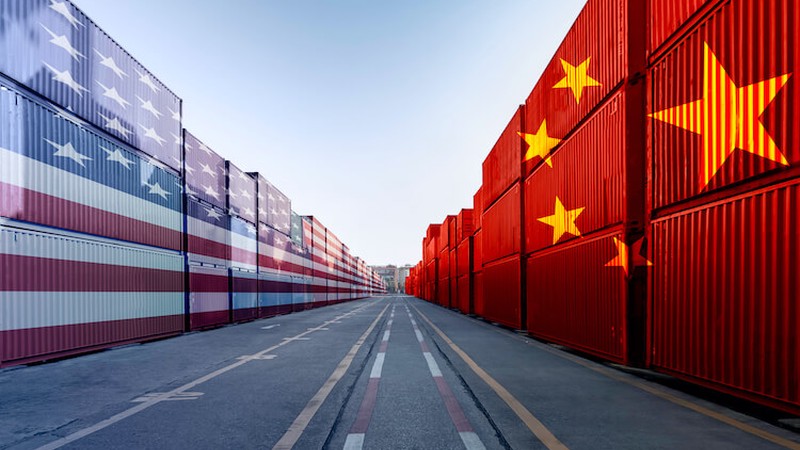 Trade tensions between the U.S. and China began to intensify in August 2017 when the U.S. Trade Representative launched an investigation into Chinese trade policies. The investigation resulted in a report, which summarized the following findings:

"China has engaged in acts, policies, and practices that are unreasonable, and that burden U.S. commerce. The market-distorting acts, policies, and practices of the Chinese government in technology-focused sectors impose significant costs and risks on U.S. industry. They undermine the ability of U.S. technology companies to innovate and adapt, and threaten the long-term competitiveness of U.S. industry."

In 2018, President Trump imposed the first tariff orders. And ever since the U.S. and China began negotiations to preempt a trade war, there has been a rotation of increased tariffs, temporary ceasefires, and retaliations.

In a May 2019 CBS News piece, David Jacobson, professor of global business strategy at Southern Methodist University’s Cox School of Business and visiting professor at Tsinghua University in Beijing, provided his expertise concerning how the U.S.-China trade war may play out. While some public figures point to a quick resolution, with China relenting, Jacobson offers that China may hold out longer than some anticipate.

The article provides an interesting perspective on the American and Chinese economies, indicating that the U.S. is growing, while China is slowing. China’s annual growth domestic product (GDP) has already shown a decline for the past several years as the country has shifted its efforts from manufacturing to consumer spending. Still, there is evidence of the trade war affecting China’s stock market, manufacturing, auto sales, and exports.

Due to recent actions taken by the Trump Administration, American consumers will soon start to feel the effects as well. Before May 2019, the majority of tariffs were on capital goods. Of those most recently affected, however, nearly half are consumer goods like clothing, accessories, electrical equipment, and furniture.

The effects of these tariffs are wide ranging. Higher tariffs on consumer goods mean that U.S. consumers will have to pay a 25 percent increase on products that come from China, like apparel and accessories. This hurts U.S. consumers, and it hurts Chinese exports, but it also hurts the companies that are involved in providing and purchasing the materials for those exports.

So, who will win the US-China trade war?

Some experts, such as Ian Bremmer, president of political risk consultancy Eurasia Group and a CBS News senior global affairs contributor, who was also featured in the article, approve of the American strategy, explaining that trade relations between the U.S. and China need to improve. Bremmer expressly denounced, though, the “tone and rhetoric” of Mr. Trump, saying, “if you want to make sure China gets to the right place, while you need credibility you don’t need to embarrass them.”

Jacobson’s perspective, which was also featured in Microsoft News and Money Maven, is that the U.S. is severely underestimating the lengths China will go to avoid long-term changes to their global leadership. He says that China would rather “eat grass” for a year than get “bullied into something that’s not good” for them. He also points out that Mr. Trump is running on a short political cycle, likely strategizing his efforts around the 2020 election, while China is playing a longer game.

If China concedes, Jacobson believes it will be part of a longer strategy that will ultimately win them the war. There’s no way to even prove that China is holding up their end of negotiations, because, as further explained by Jacobson, “every law in China includes a proviso that makes it clear it is subject to interpretation by Communist Party officials.” This makes enforcement difficult.

Regardless of which country wins, damage has already been done. And manufacturing, exports, production, and investments will continue to be caught in the crossfire.