Hunker Down for the Long Term: This Trade War is Far from Over 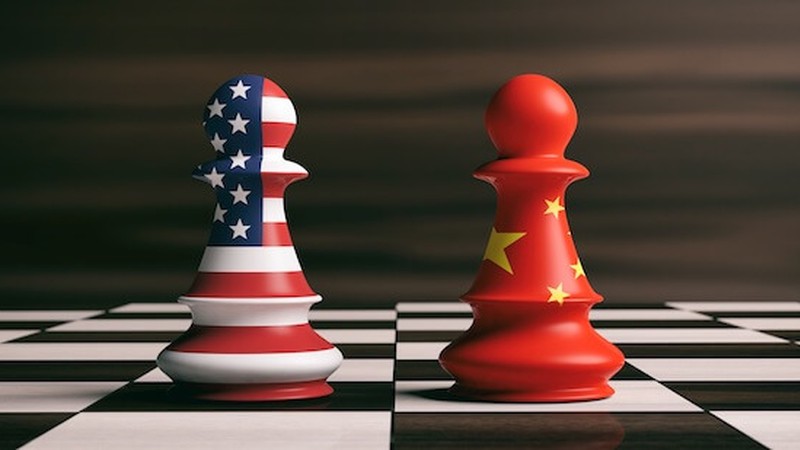 In the latest skirmish in the U.S.-China trade war, there was only one winner—and it was not the U.S. Although neither country nor their administrations called results of the recent negotiations outside the G20 Summit in Osaka an all-out win, even a cursory look at the evidence will bring you to the same conclusion: the U.S. capitulated and got nothing in return.

By halting further tariffs and pulling back the ban prohibiting U.S. companies from supplying to Chinese-based telecommunications company Huawei, the U.S. gave China exactly what it wanted. And the cost to our opponent? An agreement to suspend new tariffs, a half-hearted and unspecific pledge to buy some U.S. farm products, and what both governments want: to get back to negotiations. If the tenuous terms seem a little lopsided, it should come as no surprise. The tit-for-tat that began the trade war escalation was never an equally-armed battle. For many reasons, China has held high ground from the start.

Who Pays the Price?

The U.S. government is at a decided disadvantage when dealing with a government run by a ruling party with unquestioned command and control. Especially as we approach another election cycle, if serious negotiations do not occur, China is able and willing to wait us out. It is not hampered by two-party gridlock, nor does it want for patience. Moreover, the Chinese have seen the consequences of the battles thus far, and from where they sit, it is likely a pleasing vista.

When the administration imposed tariffs on some $250 billion worth of Chinese goods, it was the U.S. consumer who footed the bill. When President Donald Trump declared Huawei to be “something that is very dangerous,” and ordered U.S. companies to steer clear, those companies took the hit. Conversely, retaliatory tariffs imposed by China did not just get transferred to its general populace. If U.S. companies wanted to attempt to stay in the Chinese market, there was only one solution: lower prices to insulate the Chinese consumer and from the consequences of the trade spat.

China has strategically stopped buying specific items from the U.S. altogether. Especially for soybean farmers, tariffs have had significant consequences. The crop is the second most valuable U.S. export. China is the largest buyer of soybeans in the world and the U.S. is its second-largest provider; Brazil is first. U.S. farmers either can risk losing profits or market share. Neither is a pleasing scenario — even if the administration has offered billions of dollars in aid to U.S. farmers.

Exceptions to the Rules

It is also important to note that China simply does not play by the same rules as the U.S. and other Western countries. Huawei is already facing criminal charges in the U.S. related to intellectual property theft. However, even if the private company made sincere promises to its American suppliers as to how a mutually beneficial relationship might play out, the Chinese government can intervene and change that at any time. Specifically, under existing PRC national security laws, the Chinese government can require Huawei to use its technology to spy, steal and otherwise comply with the geopolitical agenda of the Central Committee — and Huawei would have to comply. Every Chinese citizen and company must conform to the rule of law in China; every Chinese law is subject to interpretation by the Communist Party. With regard to outside companies, China threatens the “unreliable entity” designation that could make it virtually impossible for foreign companies to work in China. Additionally, Chinese law requires that upon dissolution of joint partnerships — which is the structure used by many U.S. companies operating in China with Chinese collaborators — the IP used transfers to the Chinese partner at the end of the engagement without compensation.

Strikingly, even beyond its borders, China seems to play by its own rules. More than 200 Chinese companies are listed on the New York Stock Exchange. Under its rules, every company on the exchange must adhere to regulations set by the U.S. Securities and Exchange Commission and the Public Accounting Oversight Board. Among the tools at the agencies’ disposal are audits. However, Chinese law requires company accounting records to be kept and maintained in China and restricts access to outside auditors. Moreover, China considers and suggestion of adhering to western accounting standards to be a violation of its sovereignty. And because of the powerful lobby of those professional firms making money from servicing Chinese companies going public or remaining public, Chinese companies have not been held accountable to the same standards of every other international company on a public exchange – much to the detriment of hundreds of western stakeholders who invested in companies that were not as they were represented and losses were incurred.

Wireless 5G technology is considered by many to be the next boon for companies and countries alike. According to the Defense Innovation Board, which advises the U.S. Defense Department, “the leader of 5G stands to gain hundreds of billions of dollars in revenue over the next decade, with widespread job creation across the wireless technology sector” and the “country that owns 5G will own many of these innovations and set the standards for the rest of the world.” By many accounts that company —working with its government’s Ministry of Transport and Communication — is Huawei. Huawei’s leadership with 5G is critical to global natural security because of the vulnerability of every country that installs the 5G infrastructure to the potential for Huawei to receive orders to use the infrastructure for spying.

China has also expanded its global footprint as it improves the physical infrastructure in more than 100 countries through its Belt and Road Initiative. The project, also known as the New Silk Road, seems to be a massive unification of the east. But the “Digital Silk Road” may be the true unifier. Introduced in 2015, the initiative intends to develop common technology standards and strengthen internet infrastructure among the participating countries with the specific intent to block western companies from participating in the development of technology standards and to block content from companies like Google, Twitter, etc. from being accessible. While China does everything in its power to unite its allies, the U.S. seems to have taken a decidedly different approach. The current administration has often drawn the ire of its strategic partners. In its decision to impose unilateral sanctions on Iran, disengage from a global arms treaty, or abandon the Paris Agreement on climate change, the U.S. is hardly maintaining its collaborative relationships — even among its closest allies. But from an actual strategic approach, that’s exactly how China wants to see the U.S.: disengaged from its allies as China enhances its global reach.

If China appears to be winning the Trade War and independently setting the temperature of the Cold War, the U.S. and the businesses within need to take action to mitigate circumstances as they arise. Foremost, western companies need to have a resilient staff of executives and a flexible approach. Change will be the only constant. However, there are tactics that can and should be incorporated into any corporate strategy:

1) Be Prepared for New Tariffs

Just because U.S. President Trump and Chinese President Xi Jinping appeared to agree to a tariff halt doesn’t mean it will stick. Markets like stability, but it is critical to individual companies which need to plan for their financial future.

2) Diversify Your Sourcing and Manufacturing Base

Companies well-embedded in China may have become complacent, relying on a profitable arrangement to the sacrifice of a more diversified portfolio of suppliers and manufacturers. Now is the time to diversify. Being too dependent on a single entity — especially in an unstable geo-political environment state — is a dangerous approach to business.

Regardless of your view of Chinese regulations, your company must be completely compliant to operate within the country. Avail yourself of counsel who will be able to help you follow the letter of the law, however it may be interpreted. You do not want to be listed as an unreliable entity.

If you plan to stay in China and weather the war, you will need to shore up your place there. That means you cannot afford to give up market share — even to a powerhouse soybean producer like Brazil. Do not just diversify sourcing and manufacturing; diversify your customer base.

Do not become so inured to the news as it constantly changes that you stop paying attention. And do not rely merely on U.S. interpretation of what is happening in China. You need to understand how China views what is happening to stay ahead of the next wave of the war.

In a complicated global world, business leaders need a multi-faceted skill set to anticipate change and pivot to action. The Online MBA Program from SMU Cox provides students with theoretical, practical and experiential tools that will help you meet the challenge of a new world order. Learn more about the specifics of this unique program now.