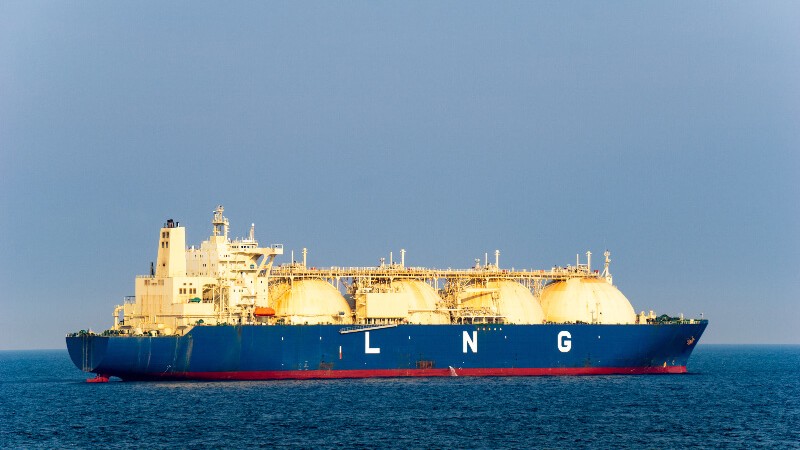 Energy exports to China have plummeted due to the US-China trade war. This poses both short-term and long-term implications concerning the energy industry, which is increasingly becoming a driver of the US economy.

Despite this decline and overall U.S.-China trade war impact on energy industry, the U.S. still hit record highs in 2018, and China was the overall third-largest recipient of U.S. exports. Oil, mineral fuels, and distillation products were among the top three exports for the US in 2018, and exports to Mexico and Japan are predicted to maintain record-setting production levels through 2020.

Robert L. Bradley Jr., founder and CEO of the Institute for Energy Research, says oil and liquid natural gas (LNG) are particularly vulnerable to the tariffs that have resulted over the trade dispute. Since the decline in 2018 exports, Russia and Qatar have been able to offer cheaper LNG, not subject to the 10 percent retaliatory tariffs China has imposed on the U.S..

However, the Chinese market offers big potential for continued US crude oil sales and new sales of LNG. In 2017, before the trade war began, China purchased 19 percent of US oil exports. The Council on Foreign Relations—an independent, nonpartisan think-tank—notes China represents over 12 percent of the world’s oil demand, making it “a lynchpin to global oil markets.” This presents exciting opportunities for the US and China to reforge a positive energy trade relationship. The US exported nearly $450 million of LNG to China in 2017, and analysts expect China’s demand for LNG to increase by 14 percent in 2019. China is seeking to decrease their reliance on coal, and encourage a nation-wide switch to LGN, which is both cleaner and safer.

The energy industry is in the midst of an exciting time. Because of its massive growth, the U.S. can help China by supplying much needed oil and LNG. This will shrink the trade deficit, and in doing so, offer a pathway to de-escalate tension between the countries.

Business and industry leaders—such as David Jacobson, professor of global business strategy at SMU Cox School of Business and visiting professor at Tsinghua University in Beijing— are needed to provide direction and input on matters that impact the success and growth of the American economy.

Over a year ago, the U.S.-China trade war began both because of concerns over China’s practices and policies regarding intellectual property rights and the large trade deficit between the US and China.

At the end of April, Treasury Secretary Steven Mnuchin and Robert E. Lighthizer, the United States Trade Representative, traveled to Beijing to work out the remaining terms in the US-China trade war. However, in mid-May, President Trump announced plans to impose a 25 percent tariff on nearly every Chinese import. Prior to this, the trade war tariffs largely impacted capital goods, which are bought by businesses, not consumers. The new move would raise levies on the top three Chinese imports—cell phones, computers, and toys—and impose tariffs on nearly all $540 billion of Chinese imported commodities. In retaliation, China plans to increase tariffs on an additional $60 billion of US exports.

U.S.-China Trade War Implications on the US Economy

In 2018, the US-China combined goods and services trade totaled over $730 billion, with China serving as the United States’ largest goods trading partner. Exports were $179.3 billion, and imports were $557.9 billion, leaving a trade deficit of $378.6 billion, an increase from 2017.

In total, because of the trade dispute, the US lost roughly $40 billion in exports to China. The latest data shows that US exports to China, oil and LNG chief among them, account for nearly 1 million U.S. jobs. However, this data is from 2015, and so it is unclear what effect, if any, this has had on the US job market. Overall, unemployment rates remain low, at 3.8 percent per the latest count.

According to Investopedia, automobile, tech and telecommunications, and agriculture are the top US industries suffering from the US-China trade war. Growing from 15 to 40 percent, China hit the auto industry with one of the largest tariffs. Even before the trade dispute, China’s top telecommunications company, Huawei, was threatening Apple. Following the trade war, China granted an injunction against Apple on behalf of another U.S. company, Qualcomm, which recently reached an agreement after fighting Apple on patent issues. Finally, agriculture has taken a hit because grains, seeds, and fruits are the top three U.S. exports to China.

Bloomberg spoke with a number of top economists about the implications of the trade war. According to Greg Daco, head of U.S. macroeconomics at Oxford Economics, the trade war has slowed the growth of the US economy by 0.1 to 0.2 percentage points. During the time of the trade war, the U.S. dollar has also increased by 2 percent while the Chinese yuan has weakened by 1 percent. Charles Dumas, chief economist at TS Lombard in London, believes this has slowed the world economy. Ethan Harris, head of global economics research at Bank of America Merrill Lynch, says, “A deal is going to be a huge sigh of relief. In the last year, you’ve had this general chipping away of global confidence, and the trade war is a big part of that.”

While most economists agree that a prolonged trade war will only damage the global economy, a New York Times opinion piece, Derek Scissors and Daniel Blumenthal, China experts from the conservative American Enterprise Institute, disagree. Scissors and Blumenthal argue China is a strategic rival and trade predator, and that cutting trade in half with China would only result in “the equivalent of one-half of 1 percent of gross domestic product.” However, Scissors and Blumenthal do concede that some industries may have a more difficult time finding new export markets than others. Though they do not mention it by name, energy is one of these industries, and, as other findings suggest, this would likely have serious repercussions for the US economy and the US position as a global energy leader.

U.S.-China Trade War Implications on Texas and the Energy Industry

Texas produces more energy than any other U.S. state. It leads the U.S. in production of both natural gas and crude oil, with 24 percent and 37 percent respective shares of the market. The trade war is particularly important to the Texas economy.

In January, the American Petroleum Institute weighed in, tweeting, “Uncertainty about how the trade war will be resolved or how long it will take—if it’s resolved at all—is nearly as damaging to trade and the overall economy as the actual tariffs.” In large part, U.S. financial growth and security relies on the energy industry.

Mike Sommers, the CEO of the American Petroleum Institute (API), says because of global competition, the US must be careful about protecting LNG exports. The U.S. is the fastest growing exporter of LNG, and in 2017, China bought 15 percent of the United States’ LNG exports. However, as with crude oil, that number fell—to 10 percent—in 2018. Russia and Qatar are poised to take over energy exports to China. And Sommers warns these other countries may not produce LGN as cleanly and responsibly as the U.S..

When considering the implications on Texas’ economy and energy industry, it’s important to look at both the short-term and long-term effects of the trade war. In the short term, the trade war has already shown a decrease in energy exports. In addition to competitive threats from Russia and Qatar, the US energy industry is also made more vulnerable by a stronger US dollar. The stronger dollar makes US energy exports more expensive. The Houston Chronicle explains the danger in Scissors and Blumenthal’s thinking. China needs LNG, and since September 2018, they have begun looking elsewhere to get it.

With China’s enormous energy demand, the potential long-term effects to US energy exports in the largest energy market could be serious for the Texas economy, the energy industry, and the US, according to the 2019 BP Energy Outlook. BP hypothesizes different scenarios for the future of the energy industry. By comparing an example in which global trade progresses as it has been before the U.S.-China trade war, versus another in which the trade conflict continues and worsens, BP shows just how bad this could get for the energy industry. In the first scenario, where progress continues in-line with current rates, BP projects that US energy exports will rise to 243 million tons of oil from 240. In the continuing trade war scenario, that number would drop to 80 million tons.

Who Benefits Most from the U.S.-China Trade War?

Although China has been engaging in problematic trade practices, particularly when it comes to intellectual property, the U.S.-China trade war has not decreased the trade deficit. However, increasing exports is another way to shrink the deficit. With advances in LNG, the U.S. economy, through the energy industry—largely based in Texas—stands to benefit from exporting energy to China.

As BP’s Energy Outlook suggests, the future for the energy industry should be bright. And, with LNG producing half the carbon emissions of coal, and being more reliable than renewable energy, this will benefit everyone. The Chinese market needs crude oil and LNG, and the U.S. is poised to become the biggest supplier.

Why an Online MBA from SMU Cox Matters for US Economy

As political climates continue to impact the global economy, the U.S. needs business experts who can offer guidance and leadership relating to the potential growth in the energy industry. The mission of the SMU Cox School of Business is to equip students with the knowledge, skills, and experience needed to become business leaders in a changing world. And graduates of the new Online MBA are equipped with the knowledge and skills needed to address real-world issues and challenges.