Beto O’Rourke at a campaign in Texas 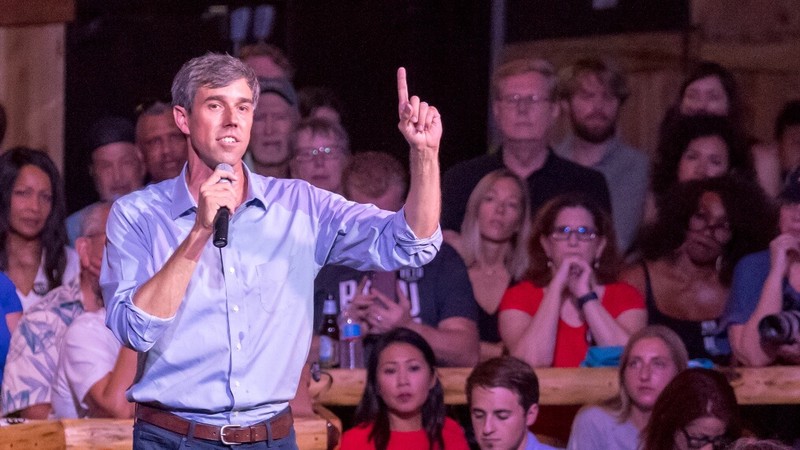 Climate change is a top priority for presidential candidate Beto O’Rourke. In fact, he released a plan in late April to fight what he says is, “the greatest threat we face.” The framework is broken into four parts:

Michael Davis, Ph.D., a senior lecturer at the SMU Cox School of Business and the O’Neil Center for Global Markets and Freedom, discusses O’Rourke’s plan for climate change in a June 2019 Scientific American piece. It’s clear the plan is not void of scrutiny from all political angles. But Davis explains—while he finds the plan to be “wildly optimistic”—the campaign strategy could spark larger discussions regarding climate change.

According to Davis, O’Rourke’s plan to achieve net-zero emissions by 2050—rather than the Green New Deal’s deadline of 2030—seems much more reasonable. However, Davis lacks optimism for O’Rourke’s ability to secure the resources and funds necessary. Research estimates indicate that the initiative may require millions of acres of American soil and cost $14 trillion.

Davis indicates that it’s unclear whether O’Rourke’s team truly understands the convoluted nature of climate change. However, he offers an interesting perspective that is juxtaposed with the flood of bureaucratic aggression. Davis says, “there is much pretentiously proclaimed nonsense in what is, after all, a campaign document. But that doesn’t mean the rest of us can’t use it as a springboard for policy discussion rather than a platform for political attack.”