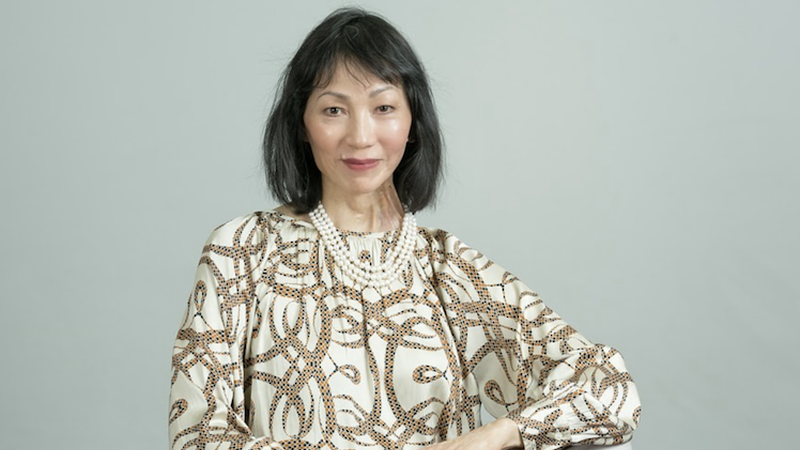 Back in March, SMU Cox’s Assistant Dean of Global Programs, Linda Kao, discussed a difficult decision with her colleagues. Kao, along with professors David Jacobson and Arjan Singh, debated whether to cancel the Online MBA Immersion originally scheduled for Seattle in June.

The Immersion is an opportunity for the online MBA students to travel, work together in-person, and practice real-world consulting with guests from international organizations and businesses. The program exemplifies all three of the NextGen Cox Curriculum Foundational Pillars: leadership, analytics and, most prominently, experiential learning. Still, by March of 2020, many places in the United States were practicing wide-spread social distancing and stay-at-home policies, and Seattle was one of the first cities to feel the brunt of COVID-19. Kao, Jacobson, and Singh knew that they would probably have to cancel.

Nevertheless, the trio conceived an interesting question: Sure, the Immersion is an in-person, consulting-focused, international travel experience…but could you do it all online?

It would be a first for SMU Cox, and a pioneering educational experiment for business schools in the U.S. Still, for Kao, it would only be the latest innovative experiential learning effort she has shepherded in her two decades at SMU Cox. We recently spoke with Kao (fittingly, over Zoom) to discuss the virtual Online MBA immersion, her multifaceted career, and what the future holds for immersive programs in a post-pandemic world.

A New Kind of Experiential Learning

The Online MBA (OMBA) kicked off last year, building off the decades of experience from the full-time, on-campus MBA curriculum at SMU Cox. The first of the two OMBA Immersions successfully took place in London in December 2019, with tremendous results. So while the decision to cancel the second Immersion was difficult, Kao, Jacobson, and Singh felt the priority had to be keeping students and speakers safe. That’s when they got the idea to make the Immersion virtual and centered in the SMU Cox hometown of Dallas, TX. “There’s a power in collective creativity,” said Kao.

Linda Kao with SMU Cox Online MBA students and faculty outside a castle on a day trip during the London Online MBA Immersion in December 2019.

While Kao coordinates the schedule of events for the Immersions, Jacobson and Singh design the academic and consulting experience for the students. Kao was quick to describe the virtual immersion as a product of both her wonderful working relationship with her colleagues and their inventive minds. “They are both so brilliant. And what we came up with together is pedagogical, experiential, and global!” The Immersion was designed to respond not just to the realities of COVID, but also to the ongoing public discussions about change and equality in the U.S. With the theme of Women in Business, the team decided to base the Immersion in Dallas and hold it in August using an online platform called Be-novative that Jacobson discovered.

Kao soon realized that, rather than an obstacle, the new online format actually had enormous benefits for the Immersion. “Because we could only do it online, we were able to bring in companies from across the world,” says Kao. “We brought in judges and speakers from Europe, Asia, and the east and west coasts of the United States. People stayed up till two or three o’clock in the morning, just to meet our students, mentor them, and critique the projects.”

Kao directs all experiential learning trips for all graduate students at the SMU Cox School of Business. The first was the Global Leadership Program (GLP) which she founded and has been operating since 1999. The GLP offers first-year on-campus MBA students a two-week study abroad experience. Students meet with business executives across multiple cities who offer insights into their industries and regions. The most recent experiential program she’s built is the OMBA Immersion, a study abroad experience that takes place in less than a week. The Online MBA candidates meet in person and work in teams to consult with executives on real-world problems faced by their businesses. Then, the business leaders judge the presentations and evaluate the students’ consulting plans.

Reviews of the virtual OMBA Immersion in Dallas have been glowing. “I was amazed at the depth and breadth of the bond that formed between myself and the rest of the team over the course of 24 hours,” wrote one student to Linda. “It was fantastic to be a part of and to behold.” Kao was gratified by the response, since her goal has always been to serve the mission of SMU Cox for experiential learning beyond standard business school classes.

Still, forgoing in-person travel for a virtual experience was a sharp detour from Kao’s life both during and before her tenure at SMU Cox.

Kao’s father, Buck Shu-Chang Kao, moved the family from Taiwan to Dallas in 1972, after a distinguished military and diplomatic career. Her father’s travel experiences shaped Kao’s work with international programs at Cox. “My father always shared where he went, the people he met, and the languages. So that made a tremendous impression on me,” she said. “There’s an old Chinese saying. You can read ten thousand books, but it’s no comparison to traveling ten thousand miles.”

As a long-time resident of Dallas, Linda Kao has been heavily involved in her community, serving on boards for organizations dedicated to the betterment and culture of the city, including the World Affairs Council, the Dallas Committee on Foreign Relations, the Texas Women’s Foundation, the Dallas Assembly, and the Greater Dallas Asian American Chamber of Commerce. Kao also gained notoriety for her modeling career which permitted further opportunities for travel, in addition to later work as an event planner for seven Winter and Summer Olympics, three World Cups, and a number of international events. Ultimately, it was the combination of her civic engagement with her world-traveler profile that led, by chance, to her association with Albert W. Niemi Jr., who had recently become the Dean of the Edwin L. Cox School of Business.

“One day, I went to a luncheon and the gentleman next to me was lovely,” Kao remembered. “He asked me what I was doing and I shared with him, and he looked at me and he said, ‘I think you are the person I’m looking for.’”

Niemi told Kao his vision to create a new graduation requirement for MBA students: a two-week-long international travel program at the end of their first year. It was a startlingly ambitious goal, and SMU Cox would be the first business school ever to try it. “Maybe that’s why I love it so much, because it was so challenging”, said Kao. “I visited some peer schools and they told me, ‘That’s a brilliant idea…but it can never work.’ I thought it was sink or swim!”

Kao started at SMU Cox in January 1999. By May 2000, she needed to create a program that would transport 120 students across the world for two weeks and allow them to meet every day with local businesses. The class would be split into thirds. One group would travel in Asia to Tokyo, Taipei, Shanghai, and Beijing, a second group in Europe to London, Brussels, Frankfurt, and Budapest, and a final group in Central and South America to Mexico City, Rio de Janeiro, Santiago, and São Paulo. Her entire staff consisted of herself and a part-time student helper. Now, with more support and twenty years of experience, the program Kao created has become a template for similar programs in many business schools across the country.

The Future of Immersive Education at SMU Cox

Kao has had the privilege of seeing the reputation of SMU Cox students on the international stage grow in stature over the years. “CEOs, managing directors, the executives, look at these visits as sort of a win-win situation,” said Kao. “A lot of the questions take them into a different direction, or make them think deeply, or resonate with their strategy. They like it and it really works.”

Kao’s work with the GLP provided a strong foundation for the development of the Immersion program when the first Online MBA cohort began. “I am delighted that OMBA students have the opportunity to do their own Immersion during their studies at SMU Cox,” she said. “They love it. There’s no other time you can use your brain to actually work like that and come up with ideas that are innovative, creative, and very strategic.”

Kao and the team at SMU Cox are planning for both the Online MBA Immersion and the GLP to resume traveling in March of next year. But she acknowledges that travel may continue to be difficult, and they have further virtual contingency plans. Regardless, Kao is excited to continue to innovate into the next evolution of the programs because of the value they give to MBA students.

“A lot of students say it’s a life changing experience. The exposure, the networking, the opportunities. You can see and understand culturally, economically, geopolitically, all of these factors impacting the global economy. On top of that, you get me, your virtual friend! And the staff, your professors. And just having a good time.”

If you are interested in pursuing your MBA, learn more about the SMU Cox Online MBA program today.