SMU Cox Is Planning For The New Future Of Business Education 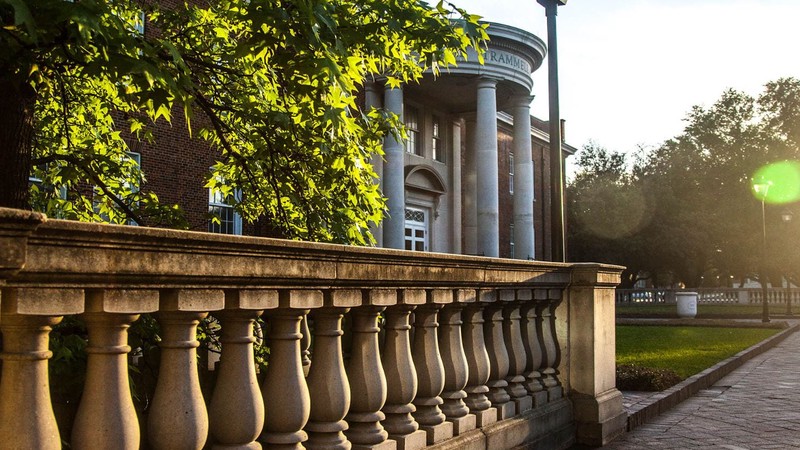 For the Cox School, 2020 was supposed to be filled with events commemorating a special centennial, the first 100 years of business education at SMU. The Cox calendar promised festivities, retrospectives and fundraisers. Originally planned for April, a black-tie gala applauding the contributions of the School’s namesake, businessman Edwin “Ed” L. Cox, Sr. was in question for months — until it was determined that a more intimate, socially distanced event would be held on Oct. 15. Mr. Cox was unable to attend, so his three grandsons accepted the School’s first ever Visionary Award on his behalf (read more on page 32). SMU Cox Dean Matthew B. Myers shared his vision for the second 100 years of business education at SMU, but because of COVID-19, he delivered his speech before a smaller crowd than originally intended. The pandemic redirected the shape of the celebration and the timing, but not the message itself.

Like so many things in 2020, changing circumstances created new opportunities.

By the middle of March, the global pandemic led to economic and social upheaval across the United States, mass unemployment, and confusion and uncertainty in every industry. As businesses closed and schools went online, everyone was suddenly forced to navigate a new reality. Individuals, families and organizations of all sizes frantically struggled to adjust.

At Cox, this meant moving all graduate and under- graduate programs online in 72 hours. Over the span of a weekend in mid-March, the School went from a vibrant, engaged in-person community to an entirely socially distanced institution. “That’s when we knew life was going to be different,” Myers says.

For the next few months, the students, faculty and staff would primarily interact digitally. There were immediate concerns about making sure everyone involved with the School was safe and had access to this new remote learning. (Some Cox students were studying overseas when the pandemic hit, adding a series of challenges.) There were also new financial concerns. Not only does an economic downturn affect potential donations and fundraising, but much of this new technology was an expensive, unforeseen investment.

“We didn’t really know what the financial modeling was going to look like at the time,” Myers says. “We were putting fingers in the dikes. We were trying everything we could to make sure that the student experience was influenced as little as possible, to make sure that faculty had all the resources. It was all very reactive, as is normal during emergencies. So the mindset was day to day, hour to hour, minute to minute, until the end of the semester.”

The next concerns were more abstract, big-picture issues. What would all of this — the new ubiquitous technologies, the new economic realities — mean for the future of business education? Which industries would thrive in this new landscape? Which companies would be hiring recent business school graduates? Which skills and what knowledge would those firms now be looking for?

Myers understood that students would immediately expect more value in their educational experience at both the graduate and undergraduate levels. That would mean more pressure on business schools across the country.

“We saw these inflection points after 9/11 and in the ’08-’09 economy,” Myers says. “I knew we were looking at another one now. The question was: Are we ready?”

David Jacobson understood earlier than most that the pandemic would, as he puts it, “roll over us.”

Jacobson, the executive director of online education at SMU Cox, was in China late last year and has a number of professional connections to that country.

“There was no chance that this wasn’t going to expand way beyond the borders of China,” he says.

In 2018, Jacobson helped oversee the creation of an online education program at SMU Cox. The School had what Dean Myers calls “a fifth-mover advantage” — meaning it had time to examine the best practices and best technologies employed by business schools that had implemented online education earlier. This, both Jacobson and Myers agree, helped SMU Cox transition into the roller coaster of 2020 faster than a lot of competitor schools.

“Our School reacted very quickly in March because we had learned so many lessons from rolling out the online program,” Jacobson says. “We were well positioned.”

Much of the SMU Cox curriculum is built around equipping students with the skills to adapt quickly and efficiently to changes — to so-called “black swan” events that suddenly, and without warning, bring about total disruption. “We give our students tools they can use when facing a profound challenge,” Jacobson says. “They have the orientation to run toward the challenge, to ‘run toward the noise.’ So they can be excited about the chance to turn something ugly into an opportunity.”

Now the School had a chance to practice what it preached on a large scale.

“As the cascade effect of COVID was rolling over higher education, Cox was uniquely positioned to run toward that, as opposed to run away from it,” Jacobson says. “We’ve created all sorts of responses that turned COVID into opportunities for the School.”

“I had thought that this would be a year in which we would begin to truly accelerate the enrollment and participation in the Online MBA program,” Jacobson says. “I had also thought that we were going to use the investment we were making inside the Online MBA program to help faculty reimagine what could be done if we were to reinvent our approach toward teaching. The crisis accelerated our vision of that acceleration.”

Dean Myers notes that the School proved to be considerably more flexible than he’d expected. “We all know that higher ed moves on geologic time,” he says. “But when we had to move, when we did not have a choice, we were able to accomplish what we needed to accomplish. And I think that was a pleasant surprise to everybody involved.”

As spring turned to summer and the faculty and administration finally had a moment to breathe, they also started to think more strategically and less reactively. There was more time to contemplate the future and how the School’s fundamental pedagogy might need to change.

“In a crisis, people can be liberated or they can be afraid and constrained,” Jacobson says. “I came to Cox because I could see that the senior academic and senior administrative leadership are willing to experiment, willing to lean in, willing to make mistakes and learn from them. It’s one of the reasons why this business school is positioned really wonderfully for imagining the second century.”

Soon faculty were encouraged to think not only of effective ways to transition their courses online but also about what opportunities might come from going digital. What might originally have seemed like a burden was now a source of excitement, a chance to think creatively about every aspect of modern higher education.

“There are so many possibilities,” Jacobson says. “What we’re doing now is laying the foundation for how the School is going to move into the next 100 years.”

A traditional online course at a business school might consist of a reading assignment, watching a video or a TED Talk and taking a quiz to prove you learned something. “There’s nothing like that in our program,” Jacobson says. “We invested a tremendous amount of creativity capital and financial capital into building asynchronous content that is creative and has a high production value, but more importantly is dramatically interactive and provocative.”

“Our School reacted very quickly in March because we had learned so many lessons from rolling out the online program. We were well positioned.”

When Jacobson first showed some faculty the type of content SMU Cox is capable of producing, some instructors thought they were watching a polished professional news production. He says the content has been inspiring much of the faculty to think of new ways to make their courses even better, some of which use a hybrid online-in-person method now.

“We’re spending more time thinking about what happens once the crisis is over,” Myers says. “We’re getting back to raising funds for scholarships, raising funds for the facilities, ensuring that we’re building the types of programs that are representative of what this new economy is going to look like.”

Jacobson stresses that the School isn’t simply employing the best technology of today but also exploring and experimenting with promising technologies of the future, such as virtual reality.

The biggest challenges the School faces are the same types of struggles seen by other organizations that have successfully transitioned into new models this year. Adding hundreds of new students to online programs has stretched the School’s infrastructure in multiple ways. The School has traditionally offered an elaborate ecosystem of support, including a renowned career management center. But now that support staff has to expand to match the enrollment growth. The School will need to add faculty, too. And with those new people — and social distancing considerations for in-person classes — the School will need more physical room to grow.

Optimism With a Dose of Realism

Sitting in his office early in the fall, Dean Myers could look out his window and see students walking across campus, something he hadn’t seen much of since early March. Many students were still taking their entire course load online, but the sight was encouraging to the dean.

“We are a residential campus with a sense of community,” Myers says. “That’s extraordinarily important to SMU and the Cox School. Having the students here, having the faculty here, everybody working here again, it’s almost resumed a feeling of normalcy. Almost.”

Myers knows that even when the current pandemic is contained, life at SMU Cox won’t be exactly the same. Just last year it seemed like everyone was hiring. Now, some students who might otherwise have had their pick of job offers will have fewer choices. But the curriculum, the career management center, the faculty — it’s all here to help students get where they need to go.

“It’s our job to ensure that students understand that we’ve got their backs,” he says. “The message is one of authentic optimism with a dose of realism.”

One of the dean’s main goals as the Cox School steps into the second century of business education is keeping all the stakeholders excited. “We’re still very positively inclined on the direction that we have,” Myers says. “We’re weathering the storm well.”

The future of business education at Cox will obviously incorporate even more technology. It will also push the importance of a multidisciplinary approach to the learning experience. That means collaborations with other schools at SMU and other universities worldwide.

Myers says SMU Cox will also be “very, very focused” on increasing diversity. “We know that it’s the right thing to do, but that’s also what our companies need us to do,” Myers says. “Because we are supplying them with the type of talent that they need inside of their organizations. So scholarships that bring first- generation students and students of color into the Cox School are extraordinarily important to us.”

Myers is confident that the second century of business education at SMU will be even better than the first.

“We don’t really know what the future is going to look like,” Myers says. “But we’ll be ready for it.”

This article was originally uploaded in CoxToday