Brexit Pros and Cons for US Businesses—What Does It All Mean? 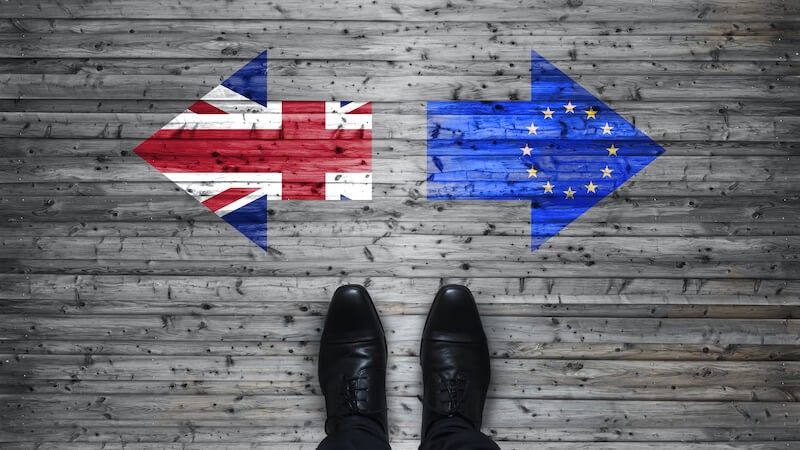 While the UK continues negotiating the terms of its departure from the EU, the long-term consequences of Brexit are left to ambiguity. And this uncertainty has created a variety of operational complexities.

Understanding the economic implications of momentous changes around the world allows companies to plan and adapt accordingly. Predicting and preparing for economic impact is crucial to your success as a business leader.

Early indications reveal there are Brexit pros and cons for international business, but much is yet to be seen.

Brexit—a blend of the words “Britain” and “Exit”—is a planned withdrawal of the United Kingdom from the European Union.

The effects of Brexit on the UK economy were felt almost immediately. The British pound sterling started to lose value following the vote of approval at the 2016 referendum, and it’s evident that the economic impact will continue for some time. Even if Britain held a new referendum and voted to remain in the EU, the effects of Brexit would still remain.

Consequently, international companies started moving their headquarters and jobs out of London.

As the UK approaches another Brexit deadline, the chance of a no-deal Brexit—a separation without an agreement in place to solidify new terms between the UK and EU—increases. Leaving the EU without a new trade deal would throw the UK into disorder, and that disorder could extend to the global economy.

While arguments continue surrounding the extent of Brexit’s impact, experts predict a no-deal Brexit could result in:

What does Brexit mean for US businesses?

It’s likely the US won’t be shielded from the impact of Brexit. According to the US Chamber of Commerce, UK companies have invested more in the US than any other country, and US companies are correspondingly the largest source of investment in the UK, with close to a $600 billion staked in the British economy. Over 7,500 US businesses have operations in the UK and 42,000 companies export goods to Britain, according to the British/American Business Council.

This close financial relationship means that, as the Brexit impact on business causes the fortunes of British companies to falter, the US economy could take a hit as well. This concept materialized when the US stock market plummeted during the 2016 referendum.

The US recently increased its oil exports to the UK, becoming the largest oil supplier for Great Britain. While analysts attribute this to economics, Texas is well-positioned to benefit from an increase in oil exports to the UK. The state produces more oil than any other state in the US by a large margin. And Texas is home to many export ports on the booming Gulf Coast. Still, with the uncertainty Brexit has brought forth, it’s unclear how the UK’s reliance on one supplier will play out.

There’s more to the Texas/Brexit impact, though, that goes beyond the energy industry. Here are some fast-facts concerning the economic relationship between Texas and the UK:

Thus, while the UK has been working to negotiate new trade agreements, if the UK economy continues to weaken, Brexit’s impact could put Texas jobs in jeopardy. Furthermore, as stated by Cullum Clark, director of the Bush Institute at the SMU Economic Growth Initiative, “A long-term contraction in trade would constitute one of the worst imaginable threats to the Texas miracle.”

Fortunately, trade deals are underway and may be further along in the US than other countries. The US recently reached a deal with the UK to continue trading under agreements that mirror its deal with the EU. This will ensure that trade across the Atlantic continues to flow uninterrupted for the time being. It could even result in an advantage for US businesses if Brexit continues to halt trade with other partners.

The key to success in business is seeing the next curveball coming. When you understand the forces shaping the world around you, you are prepared to respond to them. That’s why the SMU Cox School of Business Online MBA program has chosen Brexit as the subject of its Global Immersion session in 2019. The theme is: Managing in an Age of Ambiguity and Flux.

During the four days in London, students will examine every aspect of the Brexit process. The London-based program includes guest lectures from faculty of the London School of Economics and the University of Oxford, Saïd Business School.

During the immersion session, the Cox Online MBA students will take a deep dive into the forces behind the Brexit referendum, including Russian influence. Microsoft will lead a daylong design thinking project. Emma Smith, a FinTech founder and Forbes 30 Under 30 leader, will speak about how to stick with your vision and succeed when the world tells you it won’t work.

In-person immersion sessions are just one reason the SMU Cox School of Business Online MBA stands out from other MBA programs. Your access to some of the best minds of the business world makes a Cox MBA your ticket to success.